The GBS Model United Nations team was founded 8 years ago. Under the direction of the club sponsor, Mr. Terrence M. Jozwik, the team quickly became one of the most popular academic activities in the school. 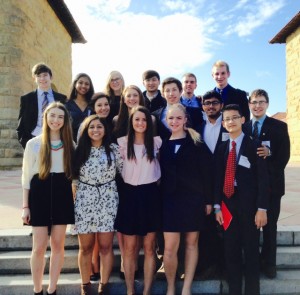 GBS MUN team at Stanford University
Currently, the club has over 100 members and a board of 10 students. It is led by Mr. Terrence Jozwik and Ms. Nyssa Beckwith. The club has attended numerous conferences the past three years and has risen through the MUN ranks. Last year Best Delegate named the GBS team as one of the top 25 in the nation. The GBS team has won “Best Delegation” or “Outstanding Delegation” awards at numerous competitive conferences.